I Grow With Yoga

Mar 23, 2010 | Benefits of Yoga for Kids, Family, What's on My Mind Today..., Yoga and Parenting, Yoga for Babies & Toddlers, Yoga for Schools & Classrooms 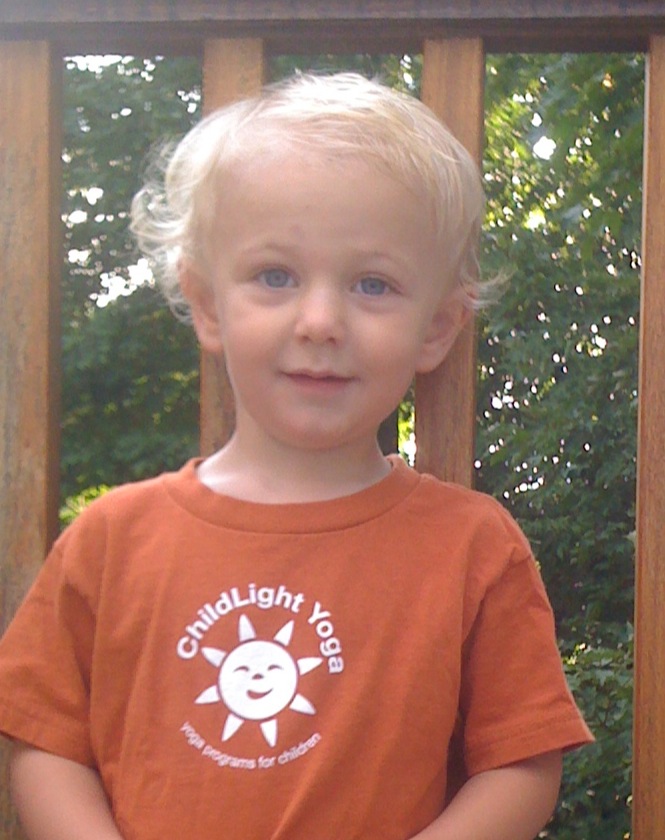 A small child's life is marked by firsts.  When something as monumental as first words, first steps or the first day of pre-school occur, we break out the video camera, announce the milestone to the world and mark the date in memory books.

Sometimes, however, there are firsts which have a much more profound effect, yet we often don't realize it until years later.  In my family's case, this important first was our enrollment in yoga class with ChildLight Yoga.

At nineteen months, my daughter Sarah had been a full-time day care kid since infancy.  That summer I changed jobs to be home part-time, and I was thrilled to hear about ChildLight Yoga through a brochure at the local coffee shop.  While classes were being offered at several area studios throughout the Seacoast, it was a coincidence to learn that Lisa Flynn, founder and sole instructor at that time, was my neighbor, living right down the street in South Berwick!

We attended CLY's Itsy Bitsy Yoga class for toddlers, and it was a huge learning experience for both of us.  Having never participated in her day care routine, I had no idea how shy she would behave in a group environment.  As I tried to encourage her to sing the songs and follow the movements, Miss Lisa gently explained that it's okay for her to "take it all in."  I soon realized that Sarah was a visual learner, and no amount of pressure to perform would change her ways or make the class more fun.   Who knew I would learn so much about parenting in a toddler yoga class?!

In that class session in the Fall of 2006, a little girl named Eleanor sat beside us with her mom, a warm and friendly kindergarten teacher named Jessica.  As shy as Sarah was, she immediately connected with Eleanor, while Jessica and I chatted after class each week.  Today, Sarah and Eleanor are almost inseparable and our families are the closest of friends.  Last summer, we spent a week together in a small, rustic cabin in New Hampshire.  If that's not friendship, I don't know what is!

When Miss Lisa announced she was looking for instructors to train and teach classes, I was immediately interested.  As a yoga student and customer of CLY, I felt strongly that these classes would benefit many more families in the immediate and extended area.  I attended Miss Lisa's very first teacher training in the winter of 2007, and began teaching kids classes about a month later.

Sharing yoga with children was not always easy, but it was different than anything I had done before, and the children lit up the studio when they walked in, mats in hand, ready to begin class.   When Lisa asked me to train and teach Itsy Bitsy Yoga classes for infants and toddlers, I didn't realize how wonderful the experience would be for my own well-being.  It was during this training week away from my family, which now included an infant son, Miles, where I learned the value of staying present, in yoga, but also in motherhood.  I also fell in love with the class format, which not only encouraged a baby's growth and development, but supported parents as well.

My children and I have grown with ChildLight Yoga.  My daughter has become more confident, and was a leader this year in her public school Yoga4Classrooms class with Miss Sharon.  My son, who participated in classes when he was barely a year old, has always shown off his favorite yoga poses (down dog and ladybug handstand!), but has most noticeably improved in his focus and speech development.  I love that the songs we've been practicing for two years are finally now sung from his own lips, as his busy body slows down just a bit to participate with the rest of the class.   And I have grown from a parent participant, to a trained instructor, to a contributing writer on The Kids Yoga Resource blog.

It's amazing how one bright green brochure in a little downtown coffee shop four years ago has affected the health and wellness of this one family.  I'm grateful for the opportunities and lessons we've learned from Miss Lisa, Miss Sharon and the countless children and families with whom we've shared our yoga time.

With thousands of customers, friends, followers and subscribers, we know there are countless other amazing stories of growth with ChildLight Yoga.  What's yours?